Is Pisco Peruvian or Chilean? 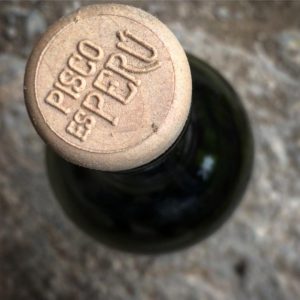 Is Pisco Peruvian or Chilean? This question is the subject of an ongoing debate between Peru and Chile. Based on historical and etymological evidence that the first pisco was produced in Peru and because of Peru’s rich history of pisco production, we believe pisco is essentially Peruvian.

However, the objective answer to the question is: legally, pisco is both Peruvian and Chilean; both countries call their grape brandy “pisco” and both have a protected Denomination of Origin for pisco. But despite the shared name, they are very different products. Here’s a quick refresher:

Peru and Chile have been vying for the exclusive rights to the D.O. for pisco for years. So, what’s the status of the heated conflict now? Last month the Chilean Minister of Agriculture, Antonio Walker, met with Rogers Valencia, the Minister of Culture of Peru. Mr. Walker requested that Peru recognize Chile’s D.O. to avoid clashes between Peruvian and Chilean pisco in international markets. The Peruvian minister declined. He explained that a denomination of origin cannot be shared outside its designated region because that defeats the purpose of protecting a product within a geographical area. According to the D.O. in Peru, pisco must be produced on the coast of Lima, Ica, Arequipa, Moquegua and Tacna (only in the valleys of Locumba Locumba, Sama and Caplina). Anything produced outside of those areas (for example, in Chile) cannot be considered pisco.

In summary, the ongoing conflict over the Denomination of Origin for pisco will most likely continue. At PiscoLogía we are dedicated to educating the consumer about the benefits of Peruvian pisco and following the rules of the D.O. to produce a craft product of unrivaled quality. The responsibility of the D.O. regulators in Peru is to impose the strictest standards from every producer in the country. In the end, the consumers’ demand for high-quality pisco will drive the market, allowing everyone around the world to appreciate the full potential of Peruvian pisco.