Pisco: A Single Denomination of Origin in Peru 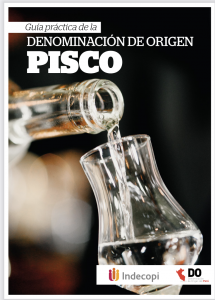 Pisco was formally declared a Denomination of Origin in Peru on December 12th, 1990, by Directorial Resolution No. 072087-DIPI. It was ratified by Supreme Decree No. 001-91-ICTI / IND on January 16, 1991. However, we will eternally emphasize that the pisco production methods and traditions had been practiced in Peru hundreds of years before the official formation of the D.O.

As protecting the rights to pisco is a main priority for the Appellation of Origin in Peru, the Resolution specifies that the purpose of this change was “to imply greater protection in the other member countries of the Andean Community”.

This means the D.O. for pisco from Peru should have more clout in the Andean countries (if you need a refresher on why this is an issue, please buy Ambassador Gutiérrez’s book, “Pisco, its Name, its History”).  While we love to appreciate the distinct terroirs of each region in Peru, we also believe this change will create unity between producers of one of the national symbols of Peru.

Now if you want information about the origin of a pisco, you will have to read the label to find out which region it came from. Here are a couple blog posts to guide you:

1) How to Read a Pisco Label

2) The 5 Pisco-Producing Regions in Peru