The Bank Exchange’s All Female Lounge: A Step Toward Libation Liberation for Women 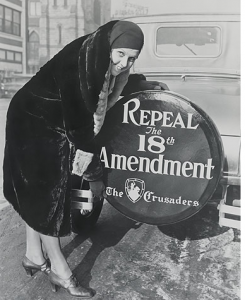 If you have ever heard of pisco, you have undoubtedly heard of Duncan Nicol, the inventor of the famous, yet surreptitious Pisco Punch cocktail. A Scottish immigrant who owned the Bank Exchange bar in San Francisco from 1887-1919, Mr. Nicol helped Peruvian pisco gain fame in the USA before Prohibition. San Francisco’s wealthiest used to flock to the Bank Exchange to quaff the limey pineapple cocktail made with Peruvian brandy. During the Gold Rush, ships carrying supplies for prospectors used to stop in Peru on their way to California. They left the port of Pisco brimming with bottles of liquor with the same name, their final destination: San Francisco.

The Volstead Act forced the Bank Exchange to close its doors in 1919 and Mr. Nicol died soon after, never revealing his recipe of the Pisco Punch (Pisco). To this day, bartenders across the globe craft their own personal interpretations, making it one of the most popular pisco cocktails.

But despite our love of this flavorful drink, the invention of the Pisco Punch isn’t our favorite part of the story. The Bank Exchange wasn’t avant-garde just because of its cocktails. Duncan Nicol had opened a female-only lounge there, creating the first public drinking space in the West for upper-class women (Difford). Without chaperones in this elegant bar, women were equal to men, a tiny symbol of progress in the movement for women’s rights. We like to envision many sophisticated ladies sipping on delicious pisco cocktails there, contemplating this feminist triumph.

This piece of historical information highlights the dichotomy of women and booze during that time period. It was a complicated time for females and liquor, as many women blamed the latter for domestic abuse and other malaise in society. Some crusaded against alcohol and led pro-prohibition campaigns, such as the Anti-Saloon League of America and Women’s Christian Temperance Union (Women). On the other hand, other women visited bars and were instrumental in repealing the 18th Amendment. As Madelon Powers notes in “Women and Public Drinking, 1890-1920”, many saloons before Prohibition had an entrance for women that was accessed from the side by “either wage-earners or the wives and daughters of wage-earners who resided in the crowded tenement districts of New York, Chicago and other urban centres during America’s industrialising era” (Powers). This proves that the upper-class women who frequented the Bank Exchange weren’t anomalies; women from working-class families also visited bars before Prohibition took effect.

Additionally, as mentioned before, some women fought to repeal the 18th Amendment, seeing that corruption, violence and clandestine drinking caused by Prohibition led to many societal woes. Organizations such as the Women’s Moderation Union, Molly Pitcher’s Club, and the Women’s Organization for National Prohibition Reform were some of those groups (Women). In these examples, we can see the equivocal relationship between women and liquor on both sides of the spectrum. All these women strove to fix America’s drinking problem in one way or another. They also found their voices and mobilized to fight for their causes.

It is unfortunate that the first female-only lounge of the West was shut down shortly after its inauguration. We will never know what could have happened if Prohibition hadn’t taken place.  Perhaps the feminist movement within the liquor world would have gained more momentum. Peruvian pisco might have become more popular across the entire USA because of Duncan Nicol’s Punch. What we do know is that our 3 PiscoLogía partners can fight to be leaders in this industry because of the actions of feminists in the past. So we will celebrate those small steps, tiny cogs in the wheel of progress, knowing that we will still have a long way to go.